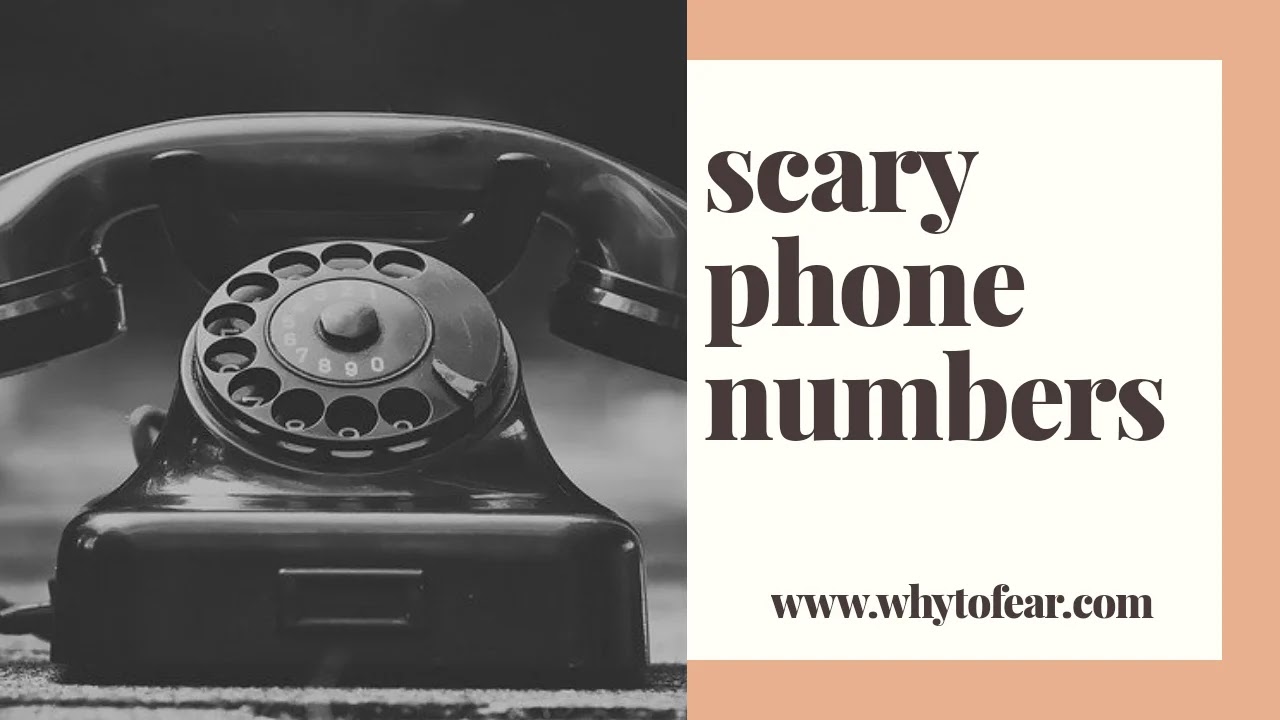 The arrival of the halloween brings the wish to try or look for some really creepy and spooky games or try some kind of cursed phone numbers.
These scary numbers are believed to have got some curse in the past and are still on the go.
Whoever tries to call these creepy phone numbers may end up with some really bad happenings.
The reason behind this is there have some urban legends behind of these phone numbers and some people said behind of these phone numbers there must be curse.
So if you are brave enough for this Halloween season try to give ring. Maybe you will be lucky and one of the call you back
If you wanna try these creepy phone number to call, do at your own risk we do not take any responsibility
So I recommended you to DO NOT try these numbers we do not have any idea about the danger

Scary phone numbers to call-Don’t you dare try these

Truth behind these scary phone numbers:

I have collected this numbers  from my scare loving friends.
So, most probably the real truth behind this game is unexperienced by myself.
Though the movement of strange things in home, strange noises, shadow moving around were some of the creepy things might occur after calling this curse phone numbers.
Do not ever take these numbers as joke be serious if you want to try these numbers do at your own risk because we can not imagine about results so I recommended you to DO NOT TRY THESE NUMBERS…
Do not forget the anything and please follow the all instructions that I mentioned in the article
NOTE : I AM POSTING THIS ARTICLE FOR PEOPLE WHO HAVING INTERESTING ON PARANORMAL THINGS. IF YOU CHOOSE TO ANY OF THESE NUMBER THEN YOU DO IT YOUR OWN RISK.

1. What is a ghost phone?
Technially, any untraceable phone call number is called ghost phone number, but here the creepy things comes into play.People seems to believe it is a number of someone who is not alive,but still affectionate towards his/her phone.
2.What is God’s phone number?
776-2323 is called as the god’s phone number.
3.Is 666 a horror number?
According to a reddit user, 666 is termed as the devils number, which implify it as a horror number.